Freshly, the ready-to-eat healthy meal delivery company, needed to improve customer outcomes. They had a unique product and a strong operations team, but they wanted to ensure world-class customer service with every interaction.

Freshly had a quality assurance process in place but realized they needed a more comprehensive and feature-rich solution that provided a centralized agent dashboard so the team could track progress and performance in real time.

“We never had agent dashboards with the tool we’d been using, and it was leaving us with a major blind spot,” said Ben Segal, Freshly’s Associate Director of Infrastructural Efficiency. “We had asked the vendor to help us replace Google Sheets, which was what our agents had been using to see their metrics and their QA score. But the vendor wasn’t able to deliver a solution.”

Playvox had the tools ready to meet the agents’ need for a QA dashboard ready to go right out of the box. Freshly was looking for centralized visualizations of agents’ metrics, evaluations, training progress, campaigns and achievements. Playvox was able to deliver on all fronts.

Susan Mihalick, Customer Experience, Quality Assurance Manager for Freshly, now has a great perspective on agent performance with the Playvox dashboards. Not only can agents learn about how they are doing, but managers like Mihalick have clearer insight into the tasks at hand for agents. She can do her job better and be a more effective manager and coach to Freshly’s agents.

“Things are more out in the open,” Mihalick said. “And we love that transparency. One of the main pillars of our program is empathy for customers. If we're expecting agents to demonstrate empathy for their customers, how can we not be demonstrating empathy for the agents in terms of consistent QA and how we're scoring everything? So we've been trying to keep that in mind, and the dashboards are essential to this task.”

Mihalick said the agent experience is what the managers are focusing on.

“We look at how we can be kinder, more reasonable and empathetic about how many things the agent juggles,” Mihalick said. “And we focus on what is most crucial to the interaction the agent has with the customer. Are we going to fail the agent because they didn't say the customer's name twice? No."

These are the critical elements of world-class customer service that Freshly couldn’t accomplish before Playvox. 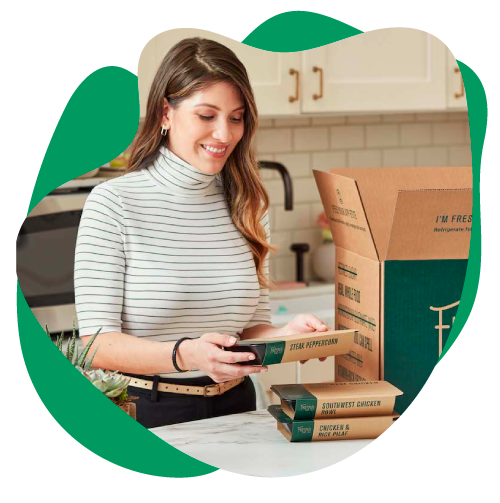 Ever Changing Scorecards, Workloads Made Easier

Playvox’s customizable scorecards afford Freshly the opportunity to use different evaluations across its five customer service teams. In addition, Freshly can set up scorecards to align with the various communication channels agents rely on. Freshly uses email, phone, chat and text messaging. Many of their customers are also active on social media sites, so the customer service team also engages on Facebook, Twitter, Instagram, Tik Tok, and various food review websites.

With multiple teams and myriad communication channels, Mihalick is pleased with how easy it is to change or update a Playvox scorecard.

“The scorecards we had previously were definitely not as nimble or agile,” she said. “The Playvox scorecards are user-friendly. We just decided on a scorecard change two hours ago. One of my team members is going to make the update, and it's going to be live for the whole team right away. We can make a decision on Friday and implement it without a hitch on Monday or even that same day."

Mihalick’s favorite part of the Agent Optimization Suite is the Workloads feature, which is tied directly to the Quality Product. Workloads allows managers to create customized assignments for quality analysts, enabling managers to automatically track the analysts’ tasks and goals.

“Workloads is set it and forget it,” Mihalick said. “I can set it up for a team and Playvox just does the calculations without me needing to think about it. That makes things straightforward.”

Managers enjoy using Workloads to view the progress of their analyst team members. They can get the information they need without having to ask agents, letting them focus on what they do best -- helping customers.

“I'm tracking my team's progress through evaluations on a daily basis,” Mihalick said.

One of the key benefits of the Workloads feature is the random assignment of evaluations. Analysts don’t need to spend time choosing which evaluation to do, which provides the added advantage of eliminating bias or favoritism in the contact center.

When Freshly started using Playvox in November 2019, the team started with four scorecards. As the company and the teams grew, they had built 18 scorecards in less than a year. Mihalick said they are actually in version four of many of the scorecards.

“We have scorecards that are specific to the online engagement team,” Mihalick said. “So the people who are answering Facebook messages and Twitter are held to slightly different standards and asked slightly different questions. It’s a unique environment that requires its own considerations.”

Freshly has created training scorecards for new employees and new teams, or those who move from one team to another.

“Frankly, we're learning as we go,” she said. “It's essential that scorecards be fully flexible and changeable. Playvox makes all of that easy.”

Agents’ average scores have been consistently high, reaching a peak of 92 one month. The team generally scores in the high 80s.

“Agents like Playvox because it enables clarity and transparency. It's not like this big scary boogie man behind the curtain who's grading you and you don't know where they're coming up with these numbers,” Segal said. “It's right there. You know how you did. And there's actionable items to say, hey, if you do this, your score will go up.”

If for some reason the numbers don’t go up, Freshly takes advantage of Playvox’s Coaching add-on, averaging more than 220 Coaching sessions per month with a 100% signature rate.

Agents and analysts alike get tremendous value from Playvox. The team gives Playvox an average score of 9.5 on the Net Promoter Score (NPS). A lot of that has to do with the agent dashboards.

And it’s all in one place.

“The QA team lives in Playvox,” Segal said. “That was our main reason for choosing the software. But now it's also become the agents’ home for seeing their metrics, working towards their goals and getting their badges. It's so much more than QA -- and more than we were ever able to achieve with our previous vendor.” 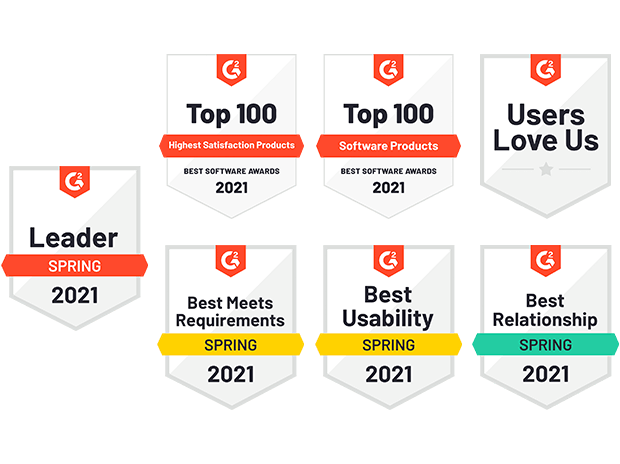 Read our reviews on